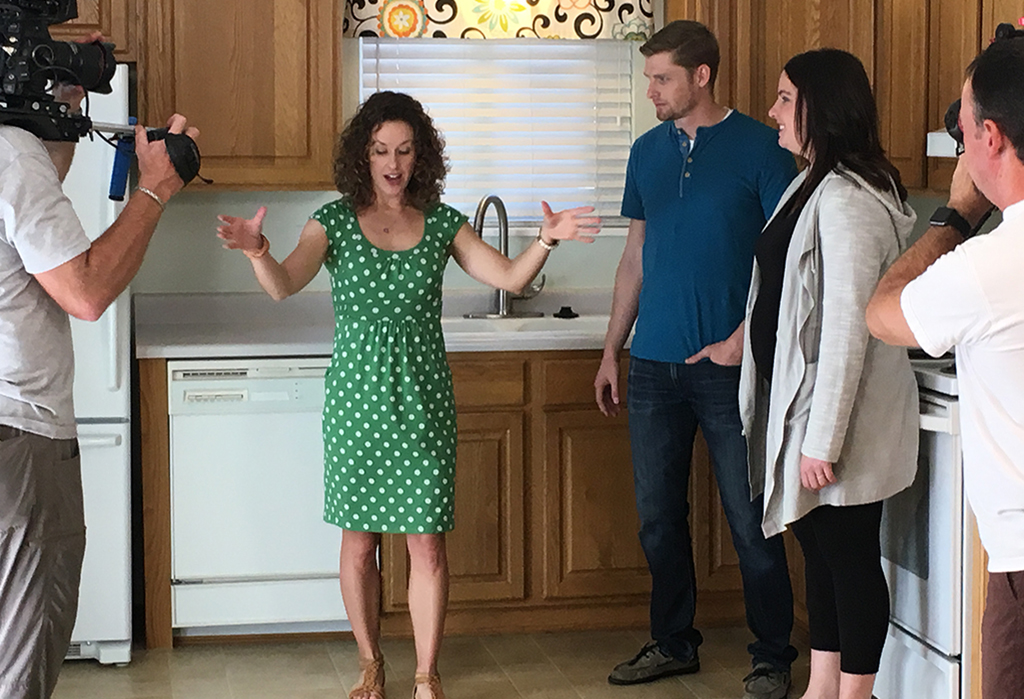 Behind the Scenes on HGTV’s House Hunters Renovation

“It was such an honor to be selected from among several interior designers who auditioned for the show,” said Wood.

It was fun working with this local family through the filming process to help create a beautiful home, and I learned a bit more of the ‘behind the scenes’ on my favorite design TV shows.

House Hunters Renovation features home buyers looking to purchase a house requiring significant updates. They select and purchase one, and cameras roll as the home renovation project begins, charting progress along the way. The final reveal shows completed results after the homeowners have turned their new property into their dream home.

This particular episode features Joe and Lisa, a young couple expecting their first child. Once they gained possession of their newly purchased residence, Beautiful Habitat Design & Decoration met with contractors off-camera at the home to get measurements as well as finalize the design proposal and budgeting for approval by producers. 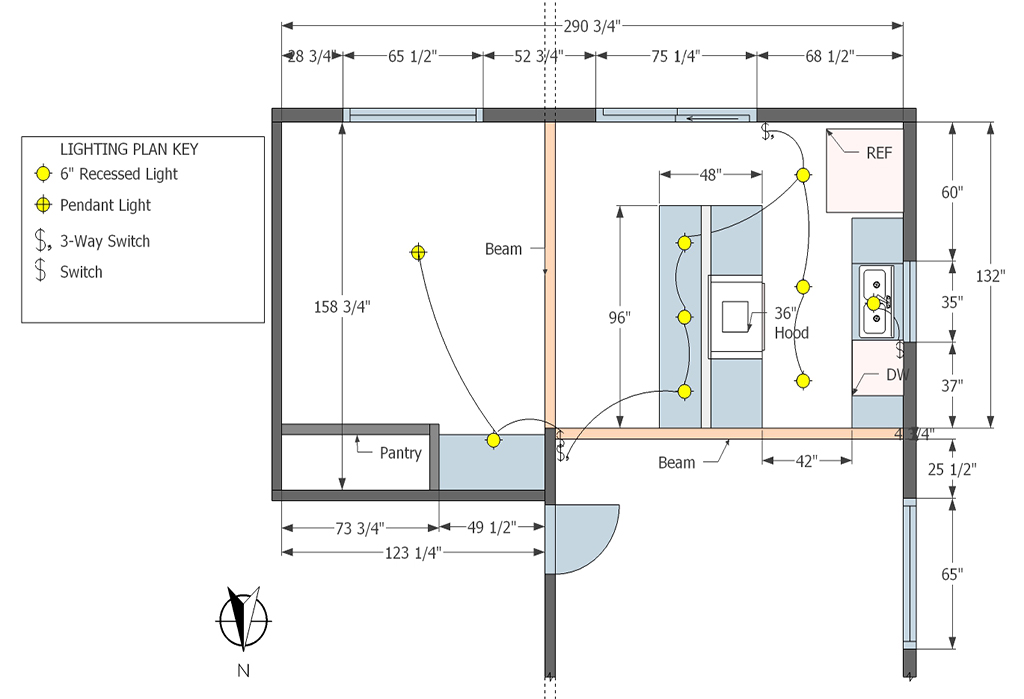 As is customary for House Hunters Renovation, the show films homeowners working on several projects within their new home, sometimes updating a separate room or within the featured renovation itself. Since Joe is handy and enjoys DIY projects, they decided to use his skills in the kitchen and living room updates and also incorporated projects in which Lisa could participate.

Cameras captured the first time the couple saw their new design plans and, happily, they were enthusiastic about all of the selected materials and fabrics, including the variety of blues proposed for upholstering the dining room chairs, barstools and window treatments.

As discussed in our post Adding Color to Your Neutral Kitchen Design, the thoughtful additional of color — in this case, blue — throughout a neutral space gives the kitchen a designer, finished look.

While cameras did accompany the group on their fabric shopping trip and throughout several DIY projects, footage of the couple building the window treatment was cut in post-production. 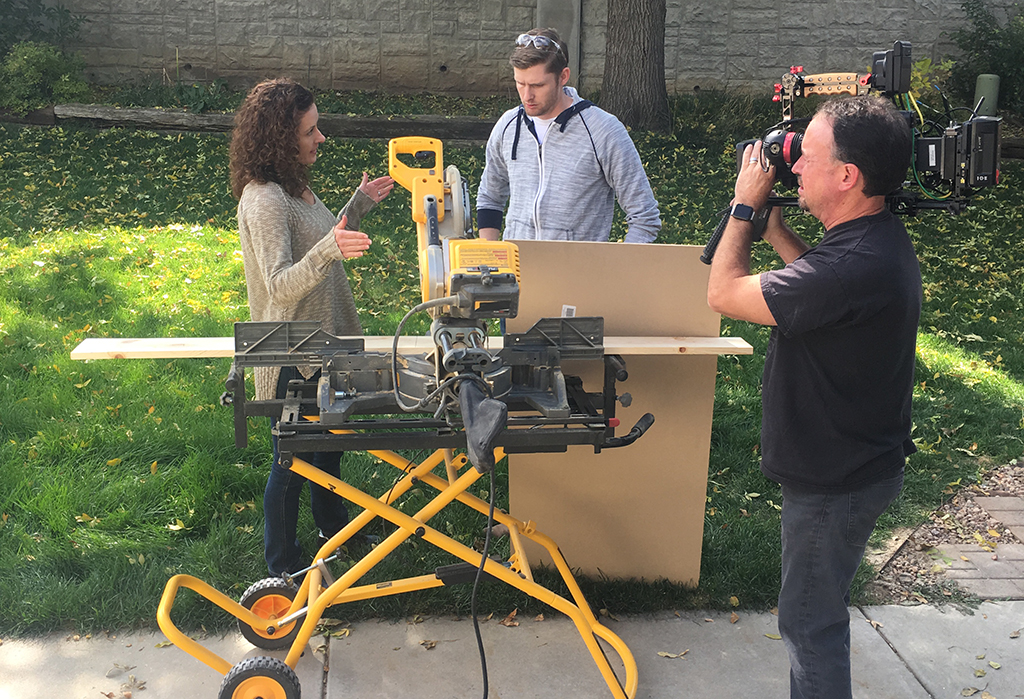 Capitalizing on his handy nature, Joe built the wooden frame of the cornice board himself. Together, he and Lisa attached the batting and stapled the textured blue and cream fabric over the boards to create the gorgeous window treatment.

Repetition of the blue accent color throughout the space helps it look cohesive and intentional. With balance and scale in mind for the involved fabrics, Wood proposed (and the couple liked) a solid blue for the dining room chair upholstery. Again, the fabric shopping made it into the episode, but viewers didn’t get to see that the couple did this project themselves.

Wood calls the design style for this kitchen “new traditional.” It uses classic styles associated with traditional design, but adds bold colors and unexpected touches to the mix.

The oversize floral pattern found in the dining room art pieces made a perfect craft project in which Lisa could participate as an expectant mother. Wood had wallpaper remnants left from another project that fit the design and color-scheme for this kitchen, so they decided to repurpose it as a “new traditional” piece of art. They selected dark wood frames to pick up the darker tones being used in the flooring and barn door, and then worked together to cut the wallpaper and frame it.

Though the designer typically does not participate directly in the demolition or construction process, producers included Wood for television purposes. During the demolition of the kitchen wall, she discovered a split ground wire that had been stapled to the wood stud during construction and had become a serious fire hazard. 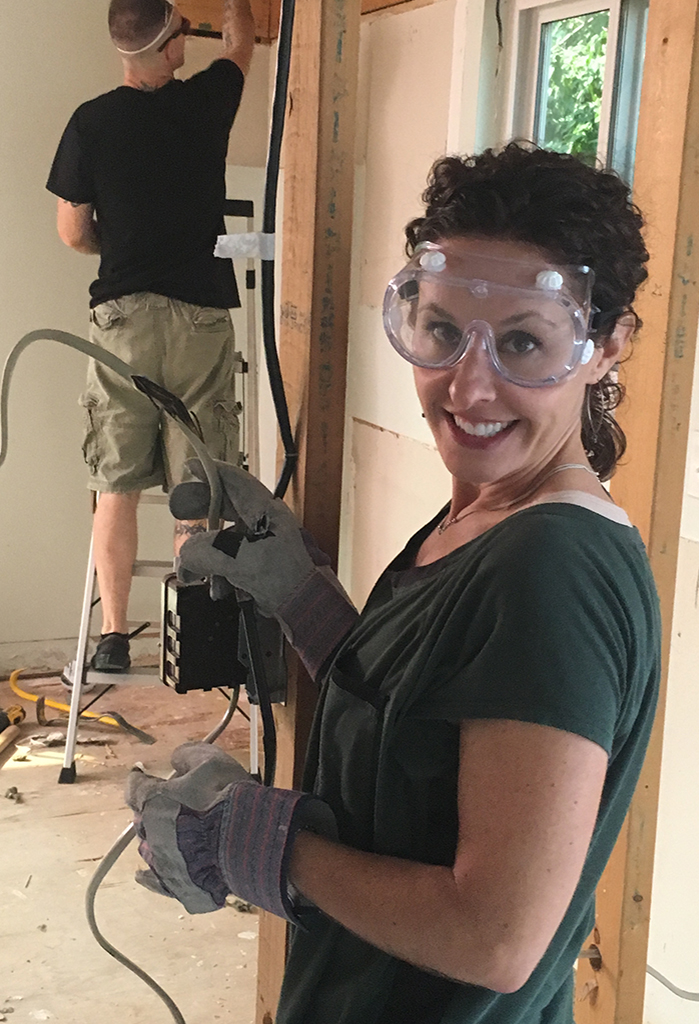 The contractor indicated it’s relatively common for wires to be stapled without enough slack down the line. Then, as another person pulls the wire to reach, the pressure against the staple splits the protective sheath, exposing the wires. This particular wire had been arcing against the metal staple and had left char marks on the wood stud. Fortunately, the wall was being removed or this hazard may never have been discovered. Even more fortunate: It was discovered while the power was off so no one was injured!

The home tested high for asbestos and required special handling and asbestos abatement during the removal of the kitchen wall. This caused a two-week delay in the renovation, a factor not discussed on the show. But it was a real and unplanned situation that had a ripple effect on the kitchen design and can happen in renovation projects quite frequently. 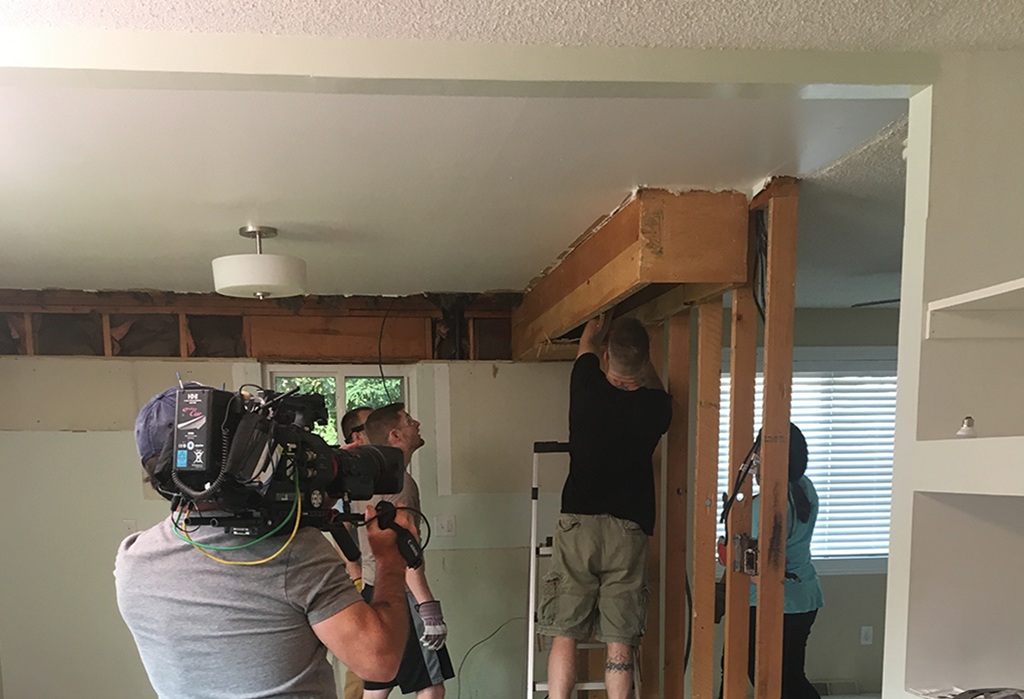 The ceiling texture was flat in the kitchen and popcorn in the dining and living room areas. While the show alluded to the removal of the popcorn texture, it did not explain that asbestos abatement would have been necessary to remove that as well, adding to the cost and project timeline. Luckily, the design plan included an idea for faux beams to cover the differences in the ceiling texture, saving the additional cost and creating a nice delineation between the spaces while also adding the natural, Craftsman style Joe wanted in the design.

Every construction and remodeling project has unforeseen problems. Wood says the biggest one, by far, is freight damage, whether it is furniture, tile or, in this case, the barn door for the pantry. Working with a professional designer can help homeowners weather these stressful situations by solving problems and staying in solution mode.

“I remain as calm as possible, since I know if I don’t panic, nobody else panics,” Wood said. “I educate my clients up front, and we plan for possible hiccups by adding extra time and a contingency budget so things are as smooth as possible, even when something goes sideways.”

She continued, “Working on this show with Joe and Lisa was such an incredible experience; I’m proud of the way this beautiful home turned out.” 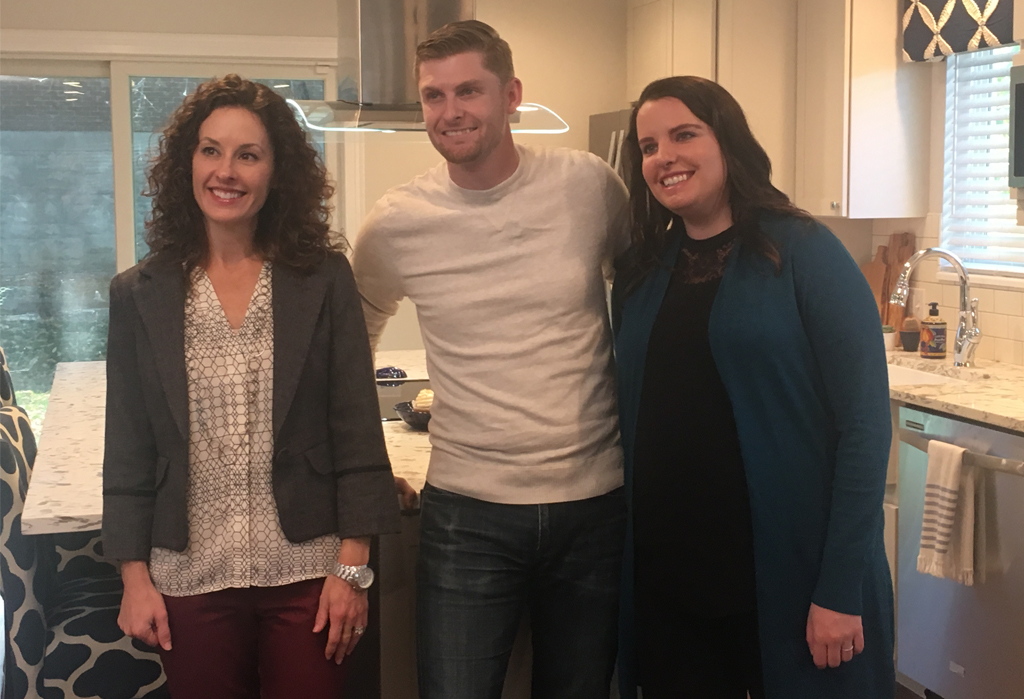 See the portfolio of this project

Are you considering a remodel or interior design project and need some help? Fill out our pre-consultation form now!

Just looking for some design or decorating inspiration? Download one of our complimentary interior design guides to get the creative juices flowing.